Old Maps have been part of human history for thousands of years, and are said to date back as early as 16,500 B.C. However, The oldest known maps are preserved on Babylonian clay tablets from about 2300 B.C.

It was not until the early 16th century that the first world maps began to appear, Gerardus Mercator from Belgium was the leading cartographer of the mid-16th century. He developed a mapping projection based on mathematics, which was much more accurate than any other up until that date. He published a map of the world in 1569 based on this projection. 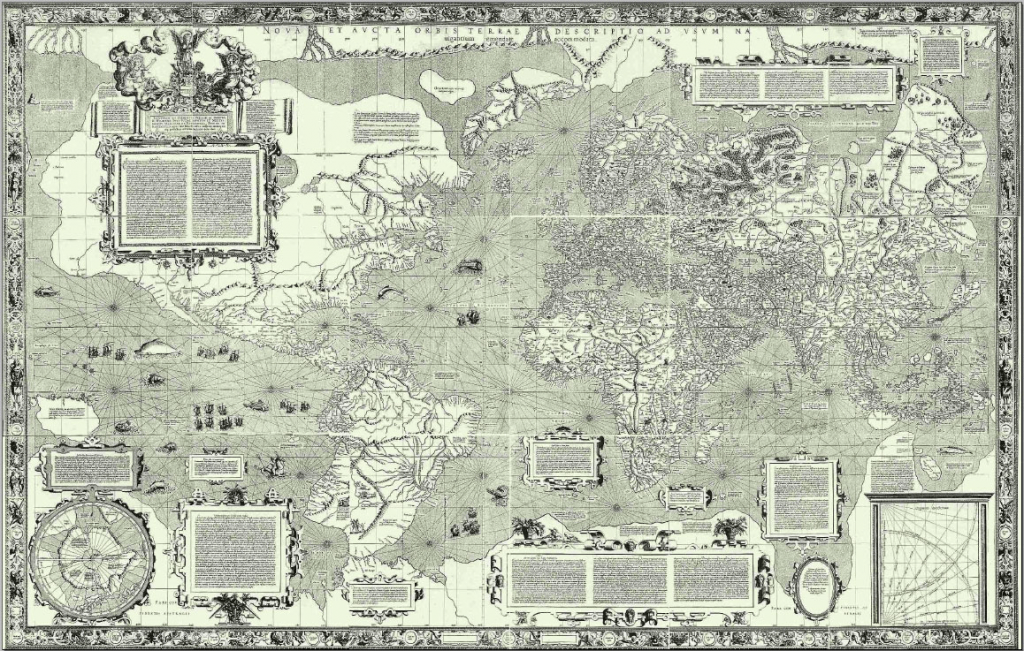 In light of this, many other map projections were soon developed and in 1570 the first modern atlas was published by Antwerp cartographer Abraham Ortelius.

The Nova Orbis Tabula In Lucem Edita is a similar but more ornate version of the Nova Totius Terrarum Orbis Tabula. The latter was published in 1630 and was the first dated map to be published in an atlas. 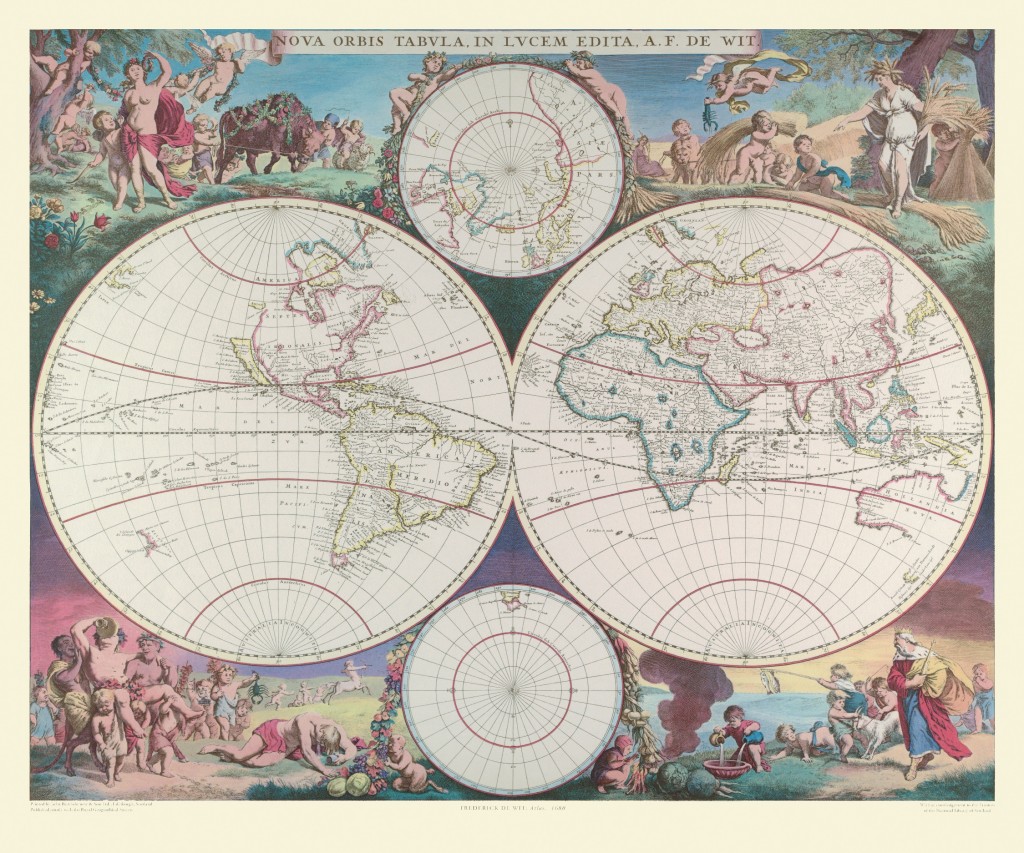 In 1740, German map publisher Matthias Seutter used the Vertical Perspective projection which placed the map observer at a 12,750km distance. This type of projection is the same as is used today for Google Earth.

In the United States in the 17th and 18th centuries, explorers mapped trails and army engineers surveyed government lands. The old map pictured below was released in 1858, after the US had been thoroughly explored and mapped. 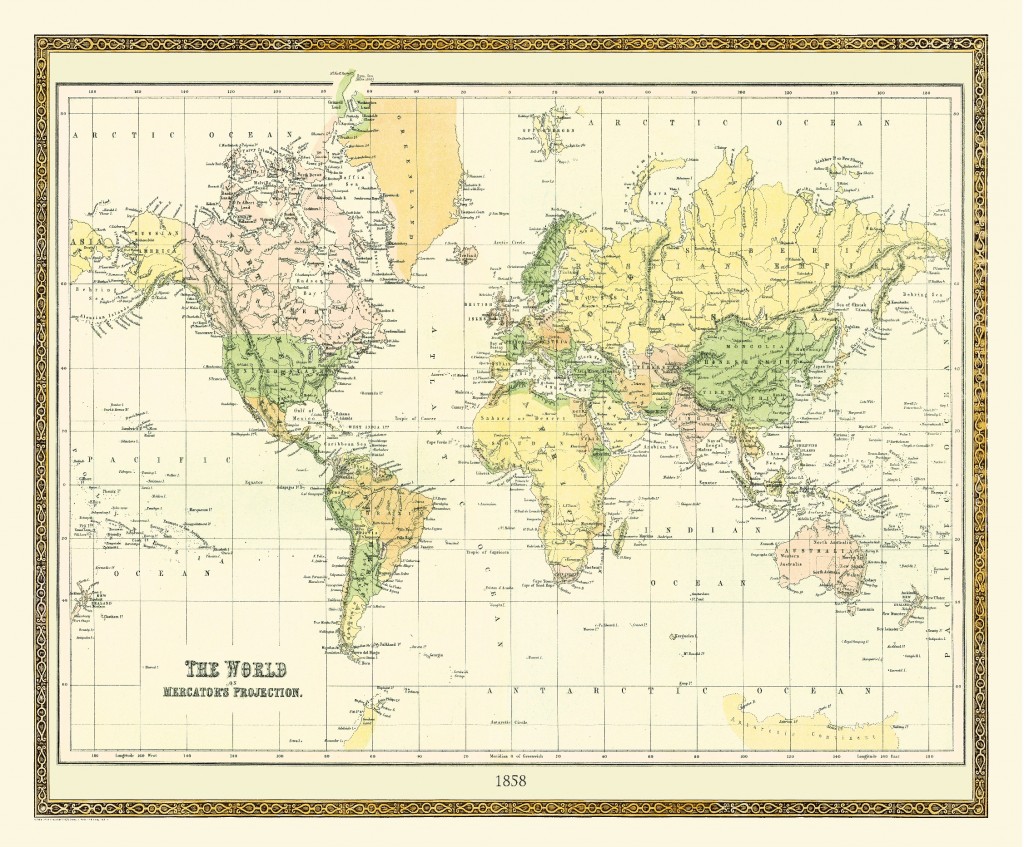 Many more accurate projections were developed over the course of the 19th and 20th century. Digital mapping in the late 20th century made old maps like these somewhat obsolete, but they still provide an intriguing insight into the evolution of cartography and can make a timeless addition to the home.

Old and Vintage Maps in the 21st Century

Old and historic maps give us a snapshot in time of a world that was very different.  Cartography is an ever-evolving art, and it’s important to remember the perspective of those that have come before us.

At Maps International, we have a beautiful collection of old maps that are sure to add a sense of style, to your wall space. Our historical old map range includes old maps of London, old maps of the UK, and old world maps.

Browse our collection of Old and Vintage Maps at Maps International