Britain woke up on 9th June 2017 to a different political landscape.

The announcement of the General Election took many in the UK by surprise, and the campaign was hard-fought on all sides, but ended with no clear winners or losers as the result of a hung parliament.

Nevertheless, Maps International logged each result and we redesigned our UK Parliamentary Constituency maps to reflect the current political order and we will do so for the 2020 General Election as well. As a reminder though, here is what 2017 looked like. 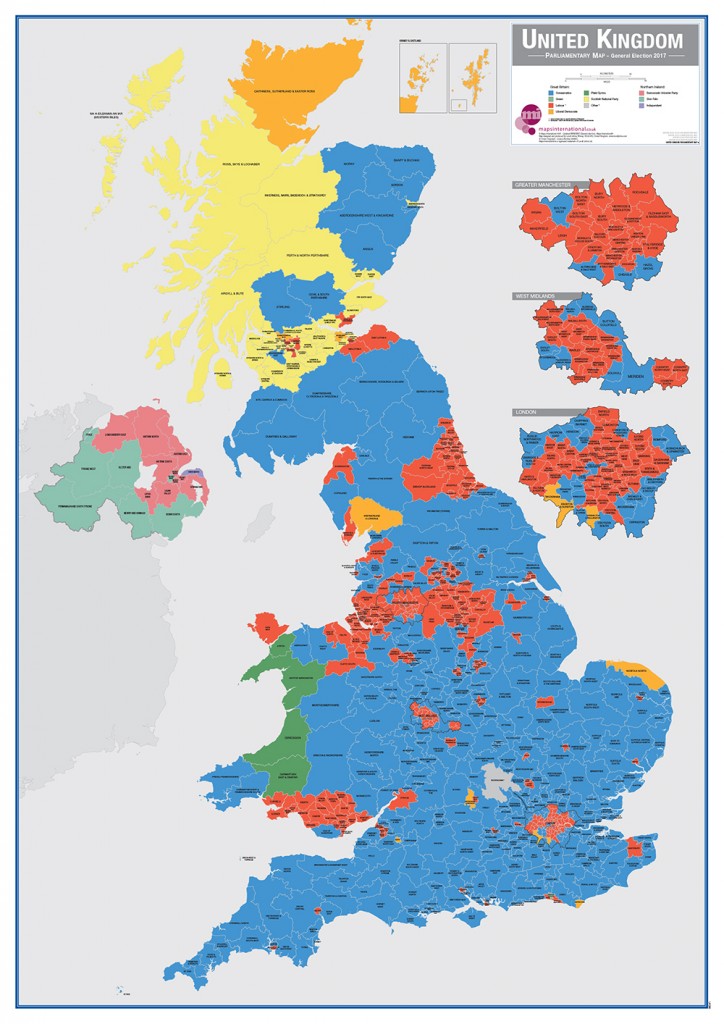 At first glance, it may not appear so different to its 2015 predecessor, but with many marginal seats changing hands, particularly in the north of England and into Scotland, it is worth taking a closer look at the details. Labour made the most gains, a total of 36, including an unexpected victory in Kensington and Chelsea, and taking Sheffield Hallam from its long-sitting occupant, Nick Clegg. However, the Conservatives saw success in Scotland, gaining multiple seats from the Scottish National Party. Both Jeremy Corbyn and Theresa May retained their own seats.

What factors in the 2020 General Election can make this map look different?

Just over two years later, the political landscape of the UK will certainly look quite different from what you see above. You may read some of the usual suspects below.

Most of the major political parties will be targeting marginal constituencies and big pendulum-like swings in either directions cannot necessarily be ruled out. If the majority of a particular constituency is under 10%, then depending on turnout, we may be in for some surprises.

Making Brexit the centrepiece of the Conservative Party’s platform for the General Election by the end of the election night may either be seen as a move of genius or folly, depending on how the map looks, but to exclude it as a factor in the polls would certainly be ill-advised.

Contrary to popular belief, recent polling would suggest that despite the extremist arguments that play out on social media (and that would naturally carry on over Christmas dinners in a couple of weeks!), there is a non-negligible amount of the population that has yet to be swayed by either of the major political parties or ones on the fringe.

How to assess the General Election once the results are in

A UK Parliamentary Boundary Outline map is ideal as a quick reference guide to display in the home or the office, clearly showing all parliamentary constituencies and their boundaries, with additional details included to better illustrate urban areas, such as London, Birmingham, and Greater Manchester. It can also be ideal for teaching children and classes about how general elections work, and how the government is formed. 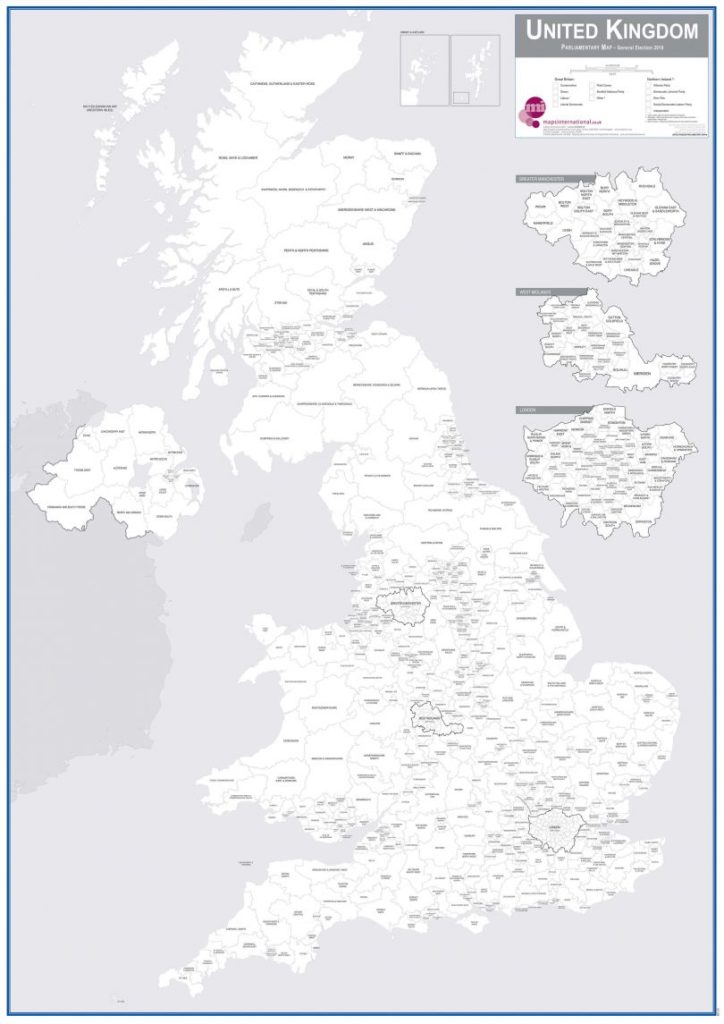 Mapping Pro Tip
Shade in the colours of political parties as results from future elections become clear when ballots are counted.

This laminated map is available in a choice of finishes, with the option of board mounting, or canvas as well.

Update: We have now updated our Parliamentary Constituency Boundary Map to reflect the results of the General Elections in December, 2019.