Map of the World’s Credit Ratings

Map of the World’s Credit Ratings

We’ve created a Map of the World’s Credit Ratings based on Moody’s Corporation Ratings Data. On 22/02/13 the UK lost it’s AAA credit rating for the first time since 1978. This came as a result of a series of blows to the UK economy and speculation that UK economic growth will remain sluggish over the next few years.

The UK saw it’s rating drop to Aa1, which means it will take a long time for the government to reduce its budget deficit – the amount it has to borrow every year because it is spending more than it receives from tax revenue.

However, Moody’s stated that the UK’s creditworthiness was still “extremely high”. In particular, the UK has a good history of debt control and still has a highly competitive economy. Our Map of the World’s credit ratings provides a visual representation of each country’s credit rating based on Moody’s ratings data. 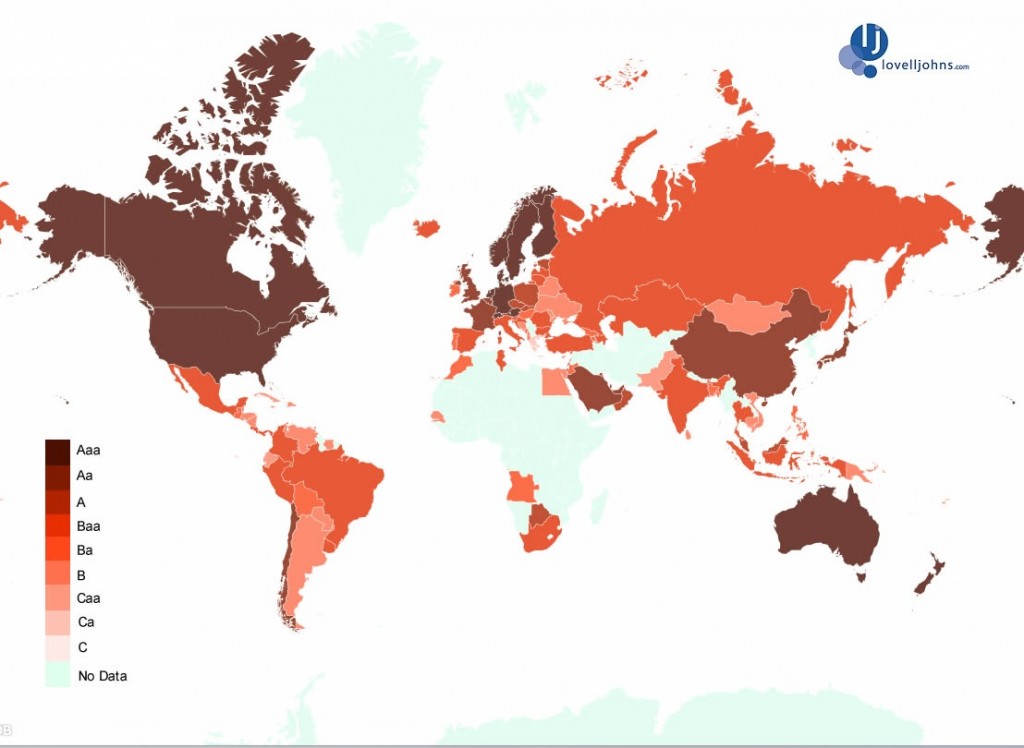 If you’re not sure of some of the country names then use the interactive map of the world’s credit ratings below. Click on a country to find out it’s name.