Is your world wall map up-to-date?

Is your world wall map up-to-date?

Changes in the world of maps

We know people love our maps! With their bright colours and clear, easy to read designs, our wall maps look great on any walls. Did you know however, how many changes take place every day? We update our maps constantly to ensure the information on them is as up-to-date as the news!

There are various changes we feature on our maps including country borders changes, place name changes, capital city changes and the emergence of new states. We also make sure we have the most up-to-date country flags on our posters which contain them.

Mapping out changes in the world 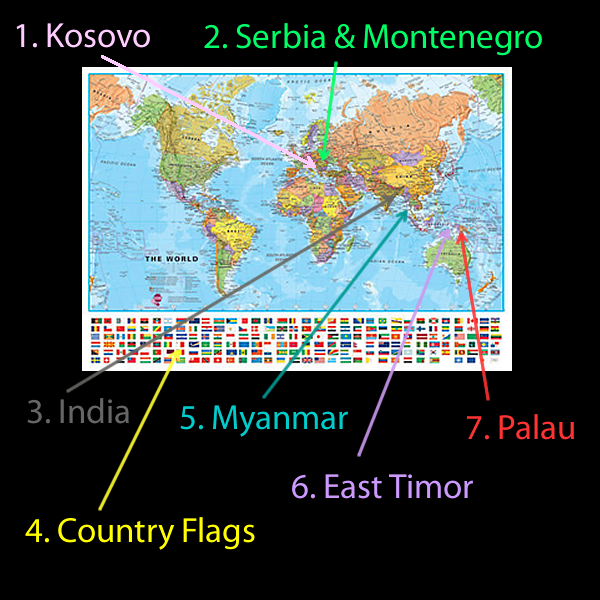 2001 – The city of Calcutta is renamed Kolkata

2006 – The capital of Palau is moved from Koror to Melekeok

View all our World Wall Maps: