Guest Blog: How to prepare for a Marathon

Guest Blog: How to prepare for a Marathon

We’re always looking to encourage everyone to test their limits. The best way to do that is leading by example.

One of our very own cartographers Clare Varney will be running in the London Marathon this weekend. So we thought we’d give her the opportunity to let us know how she mentally prepared herself for it. Over to you, Clare!

I am running in the London Marathon! I never would have thought I would hear myself say that. It wasn’t until 2016 that I started running, having been a member of a private gym for about 6 months or so and most of that time was spent away from the treadmill! Looking back now though, I realise that there were a lot of factors that motivated me to go through with this, and I’d like to share just some of them with you.

At the beginning, as you might expect, I could barely run for 10 minutes and that was a snail’s pace of a 12 minute mile. For motivation I signed up for the Oxford Half Marathon to get myself motivated to run a little more often and build up the miles. It took 8 months of training to cross this particular finish line and the first thing I said to my friends was “I am never doing that again!” A week later I had signed up to take part in another half. The important point here is to take incremental steps and to not be disheartened with the pace at which you start!

It’s all right to falter

Soon after the Milton Keynes Half Marathon, the ballot for the London Marathon first opened. I knew at this point that others had failed to get into the race year on year, and didn’t really think I had a chance of getting a place. I entered the ballot along with my friend Karen, still hopeful for a place. 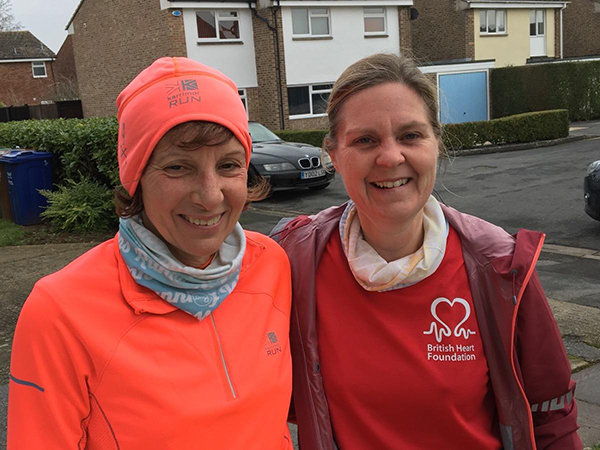 4 months later, when the results were due, she got in but I didn’t. While this was disappointing I still had a decision to make. I could sulk and moan about my bad luck or I could train with Karen, build up some miles and try again! After a week of thinking and some research, I applied for the London Marathon through charities, hoping again for a place on the reserve list at least. One Friday evening, I finally got the email I was waiting for, from MACS, stating that my ‘application had been successful’. I must have read it a thousand times before it sank in!

There are always going to be hurdles and your mind will come up with a hundred reasons why it doesn’t make sense to continue, but it’s at these moments where you need to give yourself a break and persevere on. 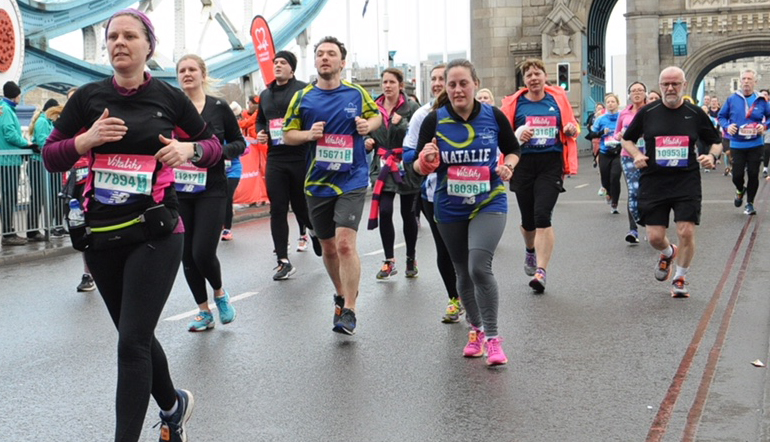 17 weeks of training. I’ve covered nearly 300 miles since the start of the year, and well over that since the email hit my inbox. I’ve run in all weather conditions including rain, snow, wind and icy temperatures and the occasionally ray of sunshine as well. Building up the endurance for something like a marathon takes discipline as you might imagine, and sometimes you do feel deflated. I have however felt more confident and emotional with every goal I tick off.

I’ve raced around Blenheim Palace with my work colleagues and against Mo Farah in the Big Half (with no chance of catching him, of course!) My legs have screamed at me to stop and the less said about my toes the better! But I’m really proud of having come this far, and I cannot wait for Sunday.

Final taper week is now well underway, and at this stage it’s not all about staying healthy and injury free but keeping the legs moving. Of course, there’s also the carb loading, which is great when you’re someone that loves your food like I do.

I feel excited, nervous, anxious and emotional and I know there will probably be very little sleep for me on Saturday night. But come Sunday morning, I will be there on the start line of the London Marathon.

Clare Varney is a mother, cartographer, and a follower of Oxford United FC! You can find her on Twitter at @VarneyClare

Are you interested in Maps of London? Browse our complete range Maps International