Obviously, we know Westeros isn’t a real place to visit, but the stunning locations, landscapes and scenery depicted in the show, from Winterfell to Dorne, are very real. Here are some of the Game of Thrones filming locations that fans of the show can find on a real world map. 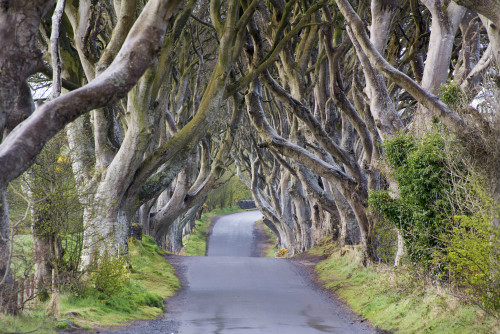 Dream of visiting Winterfell, The Eyrie, or Castle Black? Well, you can take in the wilds of The North without the threat of White Walkers in Northern Ireland. In fact, the main filming location for the show is located just a few miles north of Belfast in the massive Paint Hall studios, which was home to interior filming of Winterfell, The Red Keep, and the Great Sept of Baelor, among others.

Outdoor locations filmed in Northern Ireland include Magheramorne Quarry, County Antrim (home of Castle Black, Hardhome, the Iron Islands, and the site of the Battle of the Blackwater), County Down (home to Winterfell, The Twins, and the Dreadfort), and County Londonderry (for Dragonstone, and to visit the beach where Melisandre performed her rituals to the Lord of Light).

Scenes of King’s Landing and Pentos took place in Malta, including the dungeons of the Red Keep and The Gate of the Gods. In fact, it’s where Jaime Lannister and his men attacked Ned Stark and set off the chain of events that would change Westeros forever. His shock execution took place on the steps of The Red Keep, filmed at Fort Manoel.

Khal Drogo’s funeral took place in Mtahleb Valley, where the Mother of Dragons was reborn. 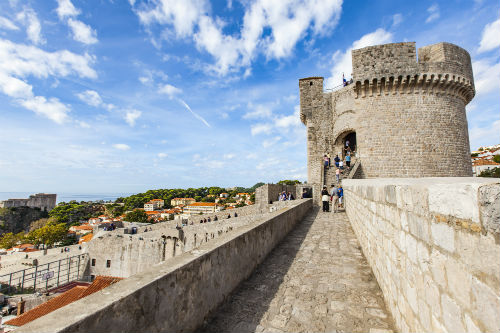 Dubrovnik is top of the list for anyone wishing to get the full King’s Landing experience. With its narrow, cobbled streets and famous medieval walls, it was the only choice for the producers of Game of Thrones. Sit atop the walls of Fort Lovrijenac just as King Joffrey did in ‘The North Remembers’, and imagine you’re waiting anxiously for Stannis Baratheon to arrive for the Battle of the Blackwater.

The entrance to the old city, Pile Gate, features a wooden drawbridge facing the sea is where the Lannisters saw off daughter Myrcella is Season 2, while at the Belvedere Atrium, you can gaze upon the site of Oberyn Martell’s ill-fated trial by combat with Gregor Clegane in ‘The Mountain and the Viper’.

White Walkers? Iceland has them in droves! If you fancy yourself as a brother of The Night’s Watch, you’ll feel right at home in Iceland. As well as being home to everything ‘beyond the wall’, Iceland is also where Jon Snow met his Wildling love, Ygritte, and played host to The Fist of the First Men and the Frostfangs. It’s also where Mance Rayder set up his camp in season 2.

Morocco was the original home of Astapor and Yunkai, before filming for these cities relocated to Croatia after season 3. Many of the scenes for the unaired pilot were also filmed in Morocco, but were scrapped when production decided to move to Malta for the remainder of season 1. 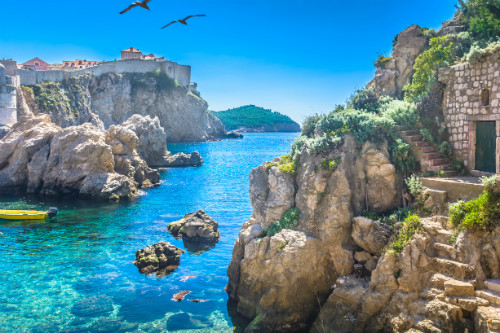 Famous scenery from Game of Thrones

Welcome to Dorne! Sunspear and its picturesque Water Gardens, the seat of House Martell and home to the Sand Snakes, is set in the UNESCO World Heritage site, the Alcazar of Seville. You can also find the fighting pits of Meereen in the Plaza de Toros, Osuna, and the Long Bridge of Volantis. Other locations filmed in Spain include Vaes Dothrak and The Red Mountains, home to the infamous Tower of Joy. 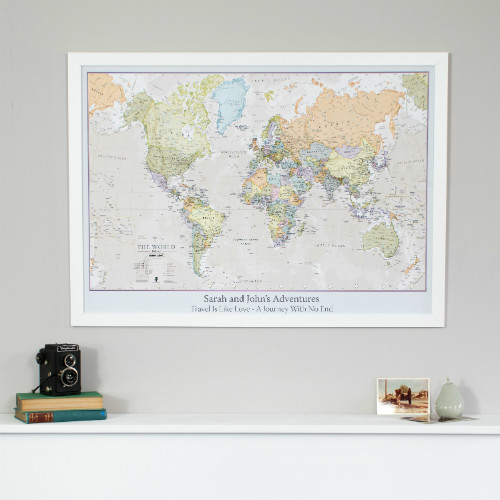 Map your very own Westeros Adventure

Map your own Westeros Adventure

You may not be able to physically visit Westeros, but you can still follow in the footsteps of Daenerys Targaryen, Jon Snow, Arya Stark, and the rest of the cast and crew. There are various tourism guides and dedicated Game of Thrones tours you can book in Ireland, but if you want to go it alone and follow the show around the world, our personalised world map pinboards make the perfect companion. Choose from Classic, World is Art, or for a more authentic medieval feel – Antique, and mark it with your own personal message (or Game of Thrones Quote) for inspiration.

Pin every Westeros location as you visit to create your very own Game of Thrones map, but be quick, because Winter is Coming!