5 Mythical Monsters to look out for on Halloween

5 Mythical Monsters to look out for on Halloween

Halloween is almost upon us and some of these Mythical Monsters could be nearer than you may imagine. Blow out your candles, wrap your blankets tight around you and gather around to know more about some of the more terrifying monsters from around the world! 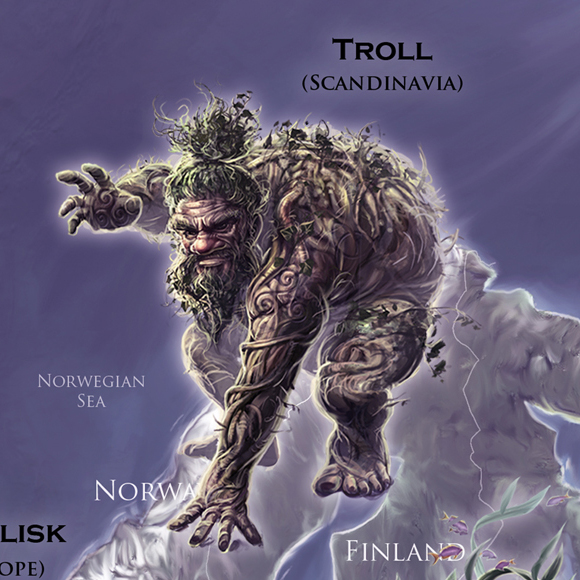 The Troll is a supernatural being that dwells in isolated rocks, mountains or caves. Trolls live together in small family units and are rarely helpful to us humans. They fear the crack of lightning, which they believe to come from ‘Mjolnir’, the hammer of the Norse god Thor. 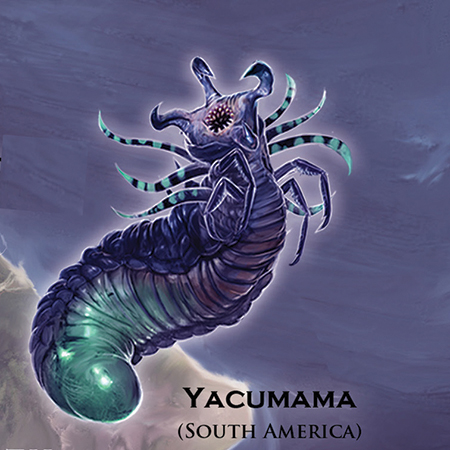 From the darkest depths of the Amazon river, comes the legend of the Yacumama, a huge sea creature that sucks towards it, any and every living thing unfortunate enough to come within a hundred paces of it. Before entering the river, the indigenous people would blow on a conch horn to ward the creature away from their journey.
Legend has it that they have the ability to shoot down their prey with explosive jets of water, topple trees that get in their way, and even change the currents of minor tributaries of the Amazon, to bring their prey closer to them. 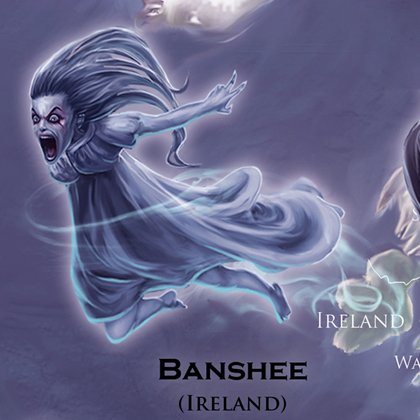 The Banshee is a female spirit that’s associated as an omen of death. One often hears its wails if someone in a community is at death’s door. It may appear in a variety of different forms, but the Banshee is mostly identified as an ugly frightening old hag. However, there have also been sightings as a beautiful woman.

Originally an Irish fairy legend, the banshee dates all the way back to the 8th century, where women would lament someone’s death with a mournful song. Another myth exists where the original banshee was a young girl who died a violent death, and the sound one hears is her final death rattle. 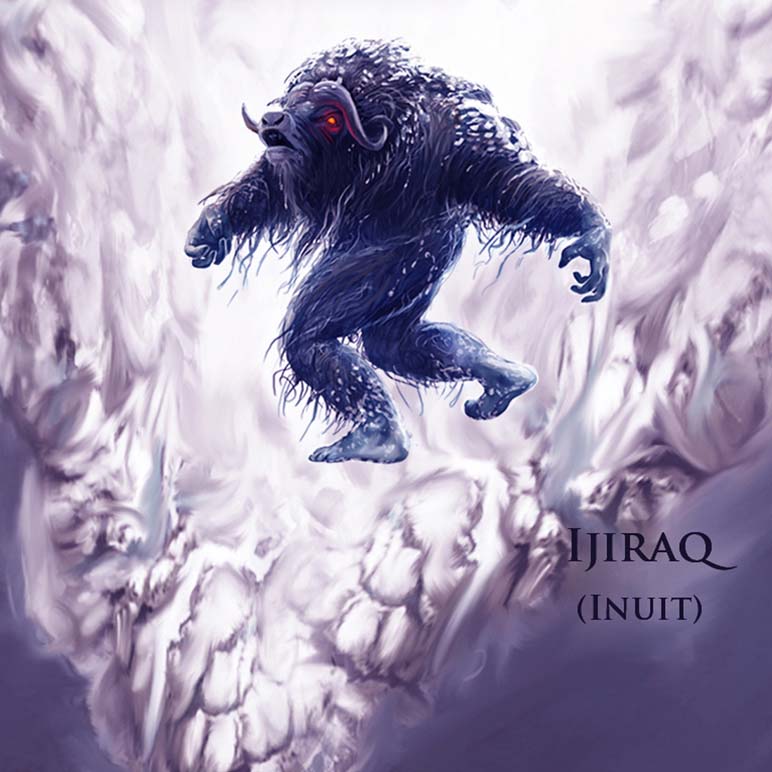 The Ijiraq is an Innuit legend, of a shape-shifter that can take the form of an animal or human being, making it particularly deceptive. The weak spots of an Ijiraq are its eyes, the only part it cannot disguise as they glow a bright red colour. They kidnap children, hiding them away from their parents before abandoning them. The only way these children can then find their way back home is through the use of the inuksuk stones, that are used as landmarks.

Of course, this is provided they can convince the Ijiraq to let them go in the first place. 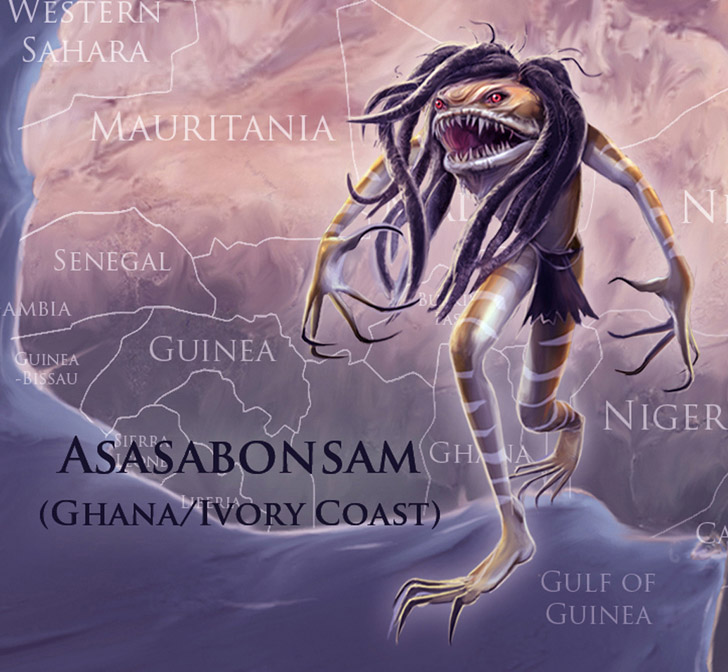 The Asasabonsam can be described as either an ogre or a vampire that is known to inhabit the forests of Ghana, however the people of Togo and the Ivory Coast also speak of a similar creature. It uses its hooked claws to hang from trees and attacks victims using its feet. The finishing move of the Asasabonsam is draining blood from its prey, using its razor-sharp teeth.

A curious difference between the Asasabonsam and a more common vampire from say Transylvania, is that the former will not go for the throat, but it is attracted to human thumbs instead.

Mythical Monsters of the World

Fear not. We at Maps International would not allow you, dear readers, to go forth on All Hallow’s Eve to do battle with these creatures without some help! We’ve scoured the planet and compiled a Mythical Monsters of the world map, that is simply stunning in every detail. Children can learn about all the legendary monsters detailed above along with several others around the world. 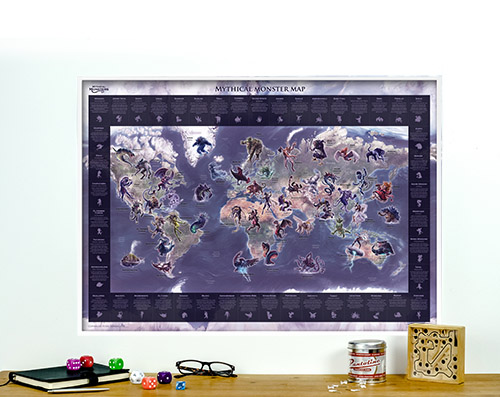 The map consists of 45 incredible monsters, details of where they can be found and what’s unique about them. The colours glow in the dark, and during the day, the map charges by absorbing any light that enters the room it belongs.

This is a perfect map gift for any home celebrating Halloween this year, but do feel free to take a look the rest of our maps for kids as well!